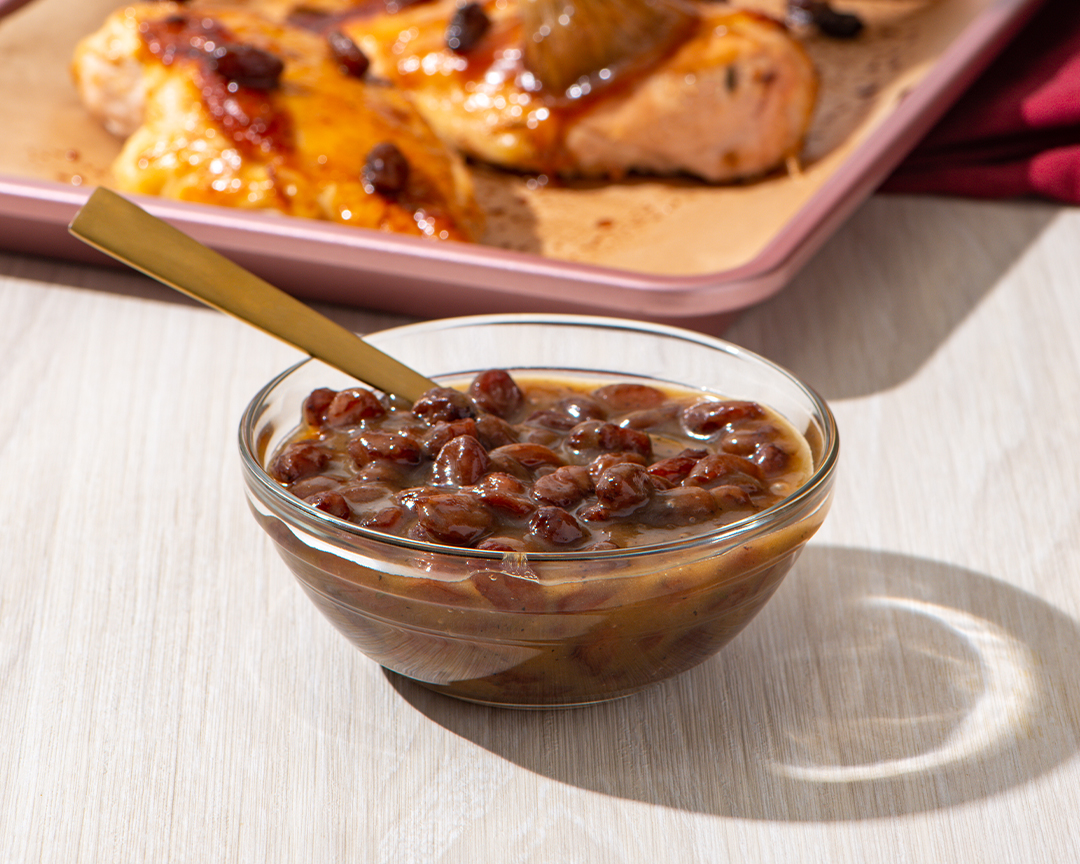 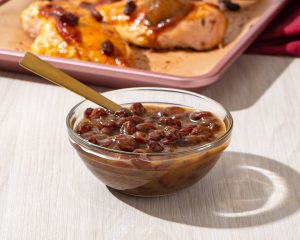 California Raisins don’t have to be used whole to elevate your holiday meal. This sweet and surprisingly versatile raisin glaze works deliciously on ham, chicken, turkey – whatever showstopper you include at the centre of your family dinner table.

In small bowl, whisk together vinegar and cornstarch until smooth. Whisk slurry into raisin mixture; bring to a boil. Reduce heat to medium-low. Simmer, stirring occasionally, for 2 to 3 minutes or until thickened, shiny and mostly clear.

Note: Use raisin glaze for baked ham and serve extra alongside for dipping. Glaze can also be brushed over pork crown roast, whole roast chicken or turkey in the last 10 to 15 minutes of baking.